A geophysical investigation was conducted at the Westley Tire Fire site near Westley, California to delineate the lateral and vertical extent of buried tires within a 15-acre area where portions of a “tire landfill” had burned for 30 days. To obtain the lateral extent of buried tires Spectrum collected EM-31 terrain conductivity and in-phase data using 5-foot station spacing along parallel lines spaced 10 feet apart within the area of investigation. A detailed map of surface features, such as roads, utilities and piles of tires, was made within the entire area of investigation so that anomalies from these sources could be identified in the EM-31 data.

Line 2 was approximately 669 feet long. This section represents the best-fit electrical resistivity model interpreted from the data collected along Line 2. The extremely low resistivity (deep blue) anomaly evident between Stations 76 and 192 meters beginning at a depth of 3 meters and extending to 8 to 17 meters below ground surface was interpreted to be associated with buried burned tires at the Site. An excavation made by the Client at Station 84 revealed fills material from 0 to 10 feet, underlain by buried burned tires from 10 to 17 feet. 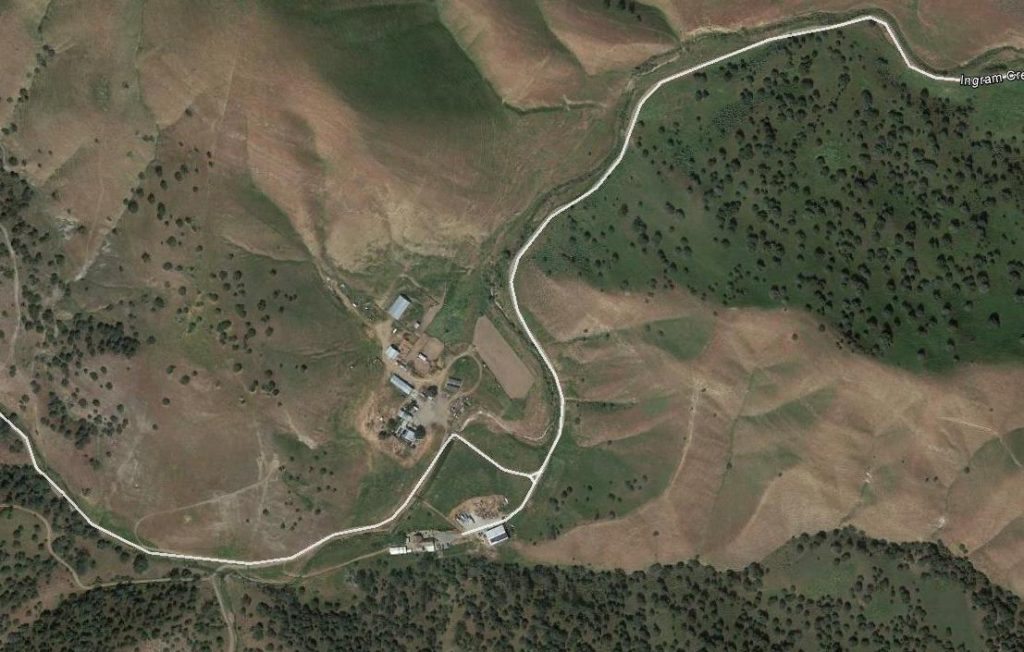