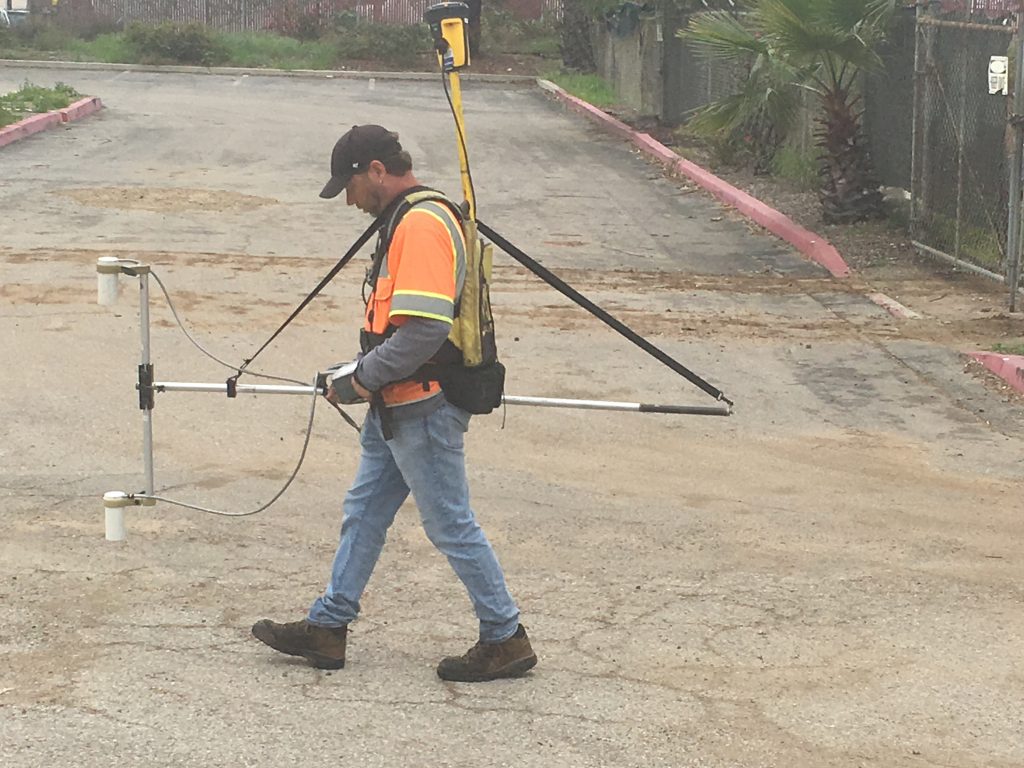 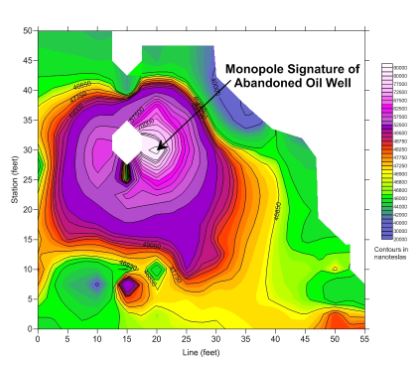 The magnetics method is a surface method that uses the response of either magnetic materials or atomic particles to an external magnetic field in order to measure the lateral variation in the intensity of the earth’s magnetic field. Because of its sensitivity to ferromagnetic (steel) objects and its great depth of detection, the most common shallow use for this method is to detect buried steel objects, such as USTs, abandoned steel-cased wells and steel piping. However, this method can also be useful for the lateral delineation of certain types of igneous bedrock, and so may be used to identify lateral geologic contacts as well as structural features in these rocks under certain conditions. The magnetics method is particularly useful where there is a large area to investigate, as an extremely large number of measurements can be made quickly and cost effectively.