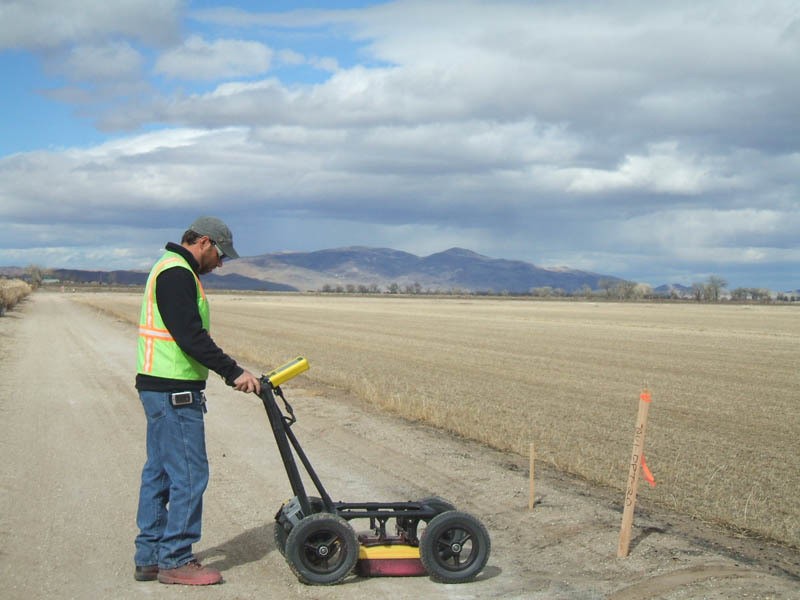 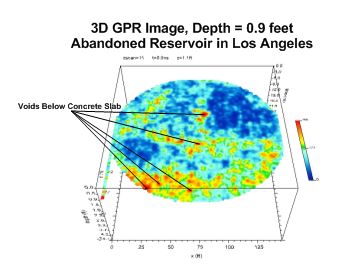 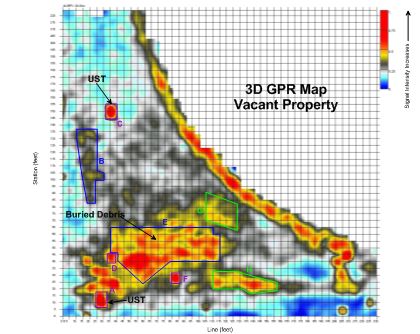 Ground penetrating radar (GPR) is a surface method that uses the properties of electromagnetic waves to create a detailed image of subsurface layers. The GPR signal responds to a contrast in the electrical properties of different materials: where two materials with different electrical properties are juxtaposed, a reflection is usually observed on the GPR profile. Examples of large contrasts in electrical properties between two materials are: air vs. rock or soil, and soil vs. metallic material. More subtle features can also be detected with GPR, such as dry soil vs. saturated soil, shallow stratigraphy, and shallow contamination, among others. Because this method uses travel time to record reflections from different layers it is highly precise and may be used to measure the thickness of surface materials (such as concrete) or the depth to a given interface. The GPR method is ideal for the vertical and lateral delineation of features that have widths and depths as small as a few inches (such as voids, or fractures) to as large as many feet (such as USTs, utilities, tunnels or stratigraphic layers), depending on soil conditions. In addition, the GPR method can be used to delineate shallow LNAPLs. Spectrum uses the Sensors & Software Noggin Smart Cart coupled to a 250-MHz, 500-MHz or 1000-MHz antenna to collect GPR data.